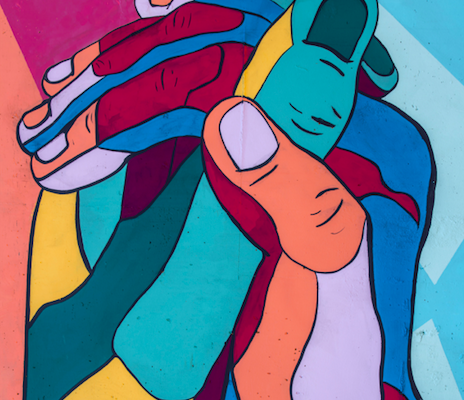 At talkhealth we believe that everyone deserves to have equal access to high-quality medical information and support. Services should be tailored to the individual, and that means taking into account sex and race – without subjecting anyone to misogyny, homophobia and/or racism.

So just how diverse and open is the UK’s healthcare system?

The fact is that up until this point, most medical research seems to have been conducted on white, male bodies.

A number of UK-based studies have condemned the lack of black and minority ethnic (BAME) people involved in research. Most of them conclude that the most inclusive studies tend to be based in the States…but while nearly 40% of Americans are non-white, only 10% of research subjects are from BAME backgrounds. Women are also still underrepresented in clinical research, making up less than 40% of participants in clinical trials for cardiovascular, hepatitis, HIV and kidney disease research.

We’re all unique and having medical information largely based on white, male bodies does everyone else a huge disservice.

Representation in the NHS

The NHS employs over 1.2 million people, nearly 80% of whom are white. While a high percentage of staff in medical roles (doctors and other HCPs) are from Asian, Chinese, Mixed, and ‘Other’ ethnic groups, very few members of the BAME community make it to ‘senior’ or ‘very senior’ manager grades.

According to a report published by the British Medical Journal, 4% of doctors working in the UK are Black.

There are clear racial disparities in our healthcare system. The UK’s Intensive Care National Audit and Research Centre found that a third of patients needing breathing support in intensive care who had tested positive for the virus were non-white. The Office for National Statistics (ONS) published data in early May suggesting that Black people in England and Wales at that time were around four times more likely than white people to die from Covid-19.

By the start of June, BAME people represented 16% of all deaths from the virus, despite only making up 14.5% of the overall English population. The highest death rates have been in London, where 40% of the population are from ethnic minority backgrounds. Bangladeshis and Pakistanis were 1.8 times, and Indians 1.5 times more likely to die from coronavirus than white people.

An MBRRACE-UK report published by the National Perinatal Epidemiology Unit and Oxford University found that Black women in the UK are five times more likely to die in pregnancy than white women, while Asian women are twice as likely to pass away.

According to the charity AIMS (Association for Improvements in Maternity Services), the report didn’t offer any findings as to why this is the case. AIMS suggests that racism plays a really significant part in the issue, however.

‘People do not like talking about racism; it is the elephant in the room,’ the charity says.

‘It can make people – especially white people – very uncomfortable. No one likes to think of themselves as racist or acknowledge that they may be unconsciously benefiting from a racist system. It is easier to believe that racism is something overt and direct – name-calling or violence – than to believe it is something that can be structurally ingrained into an institution, a system, or a society.

‘But when we see statistics like those provided by MBRRACE we cannot deny that this looks like evidence of racism. The questions that immediately arise therefore are: Who or what is responsible for this? Where is it coming from? And how do we tackle it?’

It’s vital that all of us in the healthcare industry are across the challenges patients face in terms of receiving adequate support and the ways in which diversity (or lack thereof) plays a role in providing life-saving and life-changing help.

With that in mind, talkhealth is currently running a survey to ascertain the kinds of experiences our members have had in navigating healthcare services in the UK. We’re asking our networks the ways in which race and representation have played a role in their healthcare and what they think could be improved upon. As well as our members, the survey has been sent to 66 BAME associate charities and is being supported by the NIHR.

We’re listening and learning, and we encourage other healthcare providers to do the same.